Kaya graduated from Texans Can – Dallas in 2019.
read more

Back at my first high school, I skipped constantly and several staff told me “You will never graduate!”
read more

Frank has an incredible smile and a great attitude. He graduated in June and is hoping to enroll in community college and is interested in studying to be a pharmacy technician.
read more

“If I never came to Texans Can, I would have been dead,” said Trinity, senior at Texans Can Academies. “The path I was on before I came here was… I know I wouldn’t have seen the age of 18.”
read more

Despite the Odds, Student Succeeds at Austin Can!

Joshua was born and raised in New Orleans. Shortly after his father died, Hurricane Katrina further devastated the family. Joshua fled from his housing project as the water rose, fearing the worst because he cannot swim.
read more 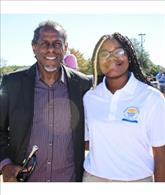 My name is Kaya and I am a Texans Can Academy alumna.

Originally from a rough Chicago neighborhood, Kaya was frequently in fights.

“That was the only way I knew how to deal with things,” she says. “It was important to show others in the neighborhood I could protect myself.”

Despite a move to Arlington that brought positive change to her family, Kaya still fought at school and skipped classes. She reached out to teachers and advisors for help, but they seemed either busy, or like they didn’t know how.

In December 2017, Kaya was involved in another fight at school. This time, she was arrested. She calls the experience “eye-opening.”

“I can do better than this,” she decided.

After the arrest, with public school no longer an option for her, Kaya learned of Texans Can and enrolled at the Carrollton/Farmers Branch campus.

“It was so different,” Kaya says. “Other students were positive. Everyone had a story and a mission they are trying to accomplish for their lives. The teachers and advisors were supportive and showed me that I was welcomed and cared for.”

During her time at the Can, Kaya never missed a class. She joined their championship-winning golf team, on which she served as captain; went from failing to straight A’s; passed the SAT with a score of 1270—which is above average—and applied to over thirty colleges.

Kaya is also a recipient of the Ann and Nate Levine Scholarship, which she will apply to her college education.

“My plan is to join the reserves and then go to college directly after boot camp,” she says. “I want to study psychology and form a career around helping girls like myself who are in difficult situations.”

Kaya graduated from Texans Can – Dallas in 2019. 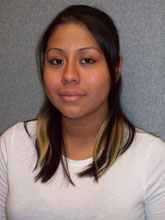 Back at my first high school, I skipped constantly and several staff told me “You will never graduate!”, I was kicked out of school and tried to find another one to attend. Many schools, even alternative programs rejected me because of my past behavior, they recommended that I go to Austin Can!.

I dropped out for a while but finally enrolled in Austin Can! Academy. It was a big change to have smaller classes and uniform but when I am in the classroom the teachers actually teach! If you do not understand something, they take the time to explain things and encourage me to go to tutoring.

In the past, I never knew what I scored on TAKS but since I’ve been at Austin Can! my math score has increased a lot and my score has gone up 200 scale points. I never took my academics seriously in the past, but the staff helped me to believe in myself! I will be graduating this June and then will attend college.

Frank has an incredible smile and a great attitude. He graduated in June and is hoping to enroll in community college and is interested in studying to be a pharmacy technician.

Frank heard about Houston Can! in a commercial and thought it sounded like a good choice for him. His school was too large. He was making good grades but he said his friends were not a good influence on him. Some of the teachers at his previous school tried to talk him out of leaving – but he knew he needed to get away from friends he had there. He lives near the Hobby campus but thought it would be exciting to go to school in downtown Houston. He rode the bus to school and back every day. He said it was a lot of fun and really unusual to go to high school downtown. He really loved going to school there. 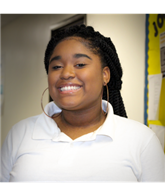 “If I never came to Texans Can, I would have been dead,” said Trinity, senior at Texans Can Academies. “The path I was on before I came here was… I know I wouldn’t have seen the age of 18.”

Trinity is from a single-mother home with seven brothers—all from different dads.

Life slowly began to wear her down with recurring familial issues and health problems. She soon realized she didn’t have enough credits to graduate.

The world became too much to handle, so she dropped out.

“Life was a pain for me. Society dragged me down, especially at my old school. All the he-said-she-said drama, and the school system there didn’t work for me,” said Trinity. “Teachers didn’t care; they just wanted you in and out. The way my mindset was back then, I couldn’t take all of the negativity at once.”

But despite all her distress, it didn’t take long for Trinity to decide that she needed to enroll back in school.

“My little brothers motivated me to keep going. I didn’t want them to think ‘oh, my sister didn’t graduate, so I don’t have to.’ I don't want them to follow in my footsteps. I needed to be better for them.”

“I’m the only girl—the oldest too—so I have to set a good example and be the first to go to college. I want to show them there is good in life. I learned that at Texans Can.”

Trinity noticed a huge difference in the school’s approach as soon as she started.

“Teachers at my old school had no faith in me. But at Texans Can Academy, they pushed me to do better not just in school, but in life,” she said. “Here it’s smaller; it’s different. There are shorter classes, and teachers actually sit with you and make sure you learn. It’s a good school where you can get the extra help you need. It’s where other schools fail.”

Life finally didn’t feel like a burden to her anymore. Trinity was learning to thrive.

“My advisor, Mr. Armendarez, basically became my second dad because he’s like a parent at school that I don’t even have at home,” Trinity said. “He’s made a big difference in my life. When I first got here I didn’t like it. There were uniforms, it was strict, and I didn’t appreciate authority—but Mr. A never gave up on me.”

Having an advisor while attending school has made a huge impact on Trinity.

“He [Mr. Armendarez] would say, ‘I believe you can do this. Forget what everyone else says. You can do anything as long as you set your mind to it.’ If it wasn’t for him I don’t know where I would be.”

“Having someone encourage me is something I never usually hear,” said Trinity. “It made me realize I could make it in life.”

When asked about referring Texans Can to other students who are struggling in school, Trinity did not hesitate.

“I definitely recommend Texans Can to anybody, especially if you want to graduate early and get your career started. They have colleges come here—before you even graduate they make you do FAFSA and apply for colleges.”

“Texans Can pushes you that extra step to make sure you have a plan after graduation versus in regular high school they say: ‘alright you graduated. Good luck. You’re on your own.’”

With graduation around the corner, Trinity is ready to embark on a new journey while making a difference.

“I want to major in social work, do criminal justice, then work in a detention center. I know I have a troubled past, so I want to help kids get through that too.”

“Texans Can was my only option after I dropped out,” she said. “It was the best decision I ever made.”

Despite the Odds, Student Succeeds at Austin Can!

Joshua was born and raised in New Orleans. Shortly after his father died, Hurricane Katrina further devastated the family. Joshua fled from his housing project as the water rose, fearing the worst because he cannot swim. He sought refuge in his sister’s third-floor apartment; his mother went to the Superdome. As was the case with many, evacuation from New Orleans split his family. Joshua and two sisters landed in Austin and it was 4 months before he knew the whereabouts of his mother. For 5 months he lived at the Austin Convention Center. During this time, he attended two different high schools. The school bus did not pick up at the convention center and without transportation, it was difficult for him to attend school across town, so he was expelled from both schools for lack of attendance. The second expulsion came after he went back to New Orleans for Mardi Gras in New Orleans despite a principal’s warning not to miss any more classes. “I just wanted to see my family. After we were split up, it was the first chance to all be together,” explained Joshua. The school tried to refer him to a GED program. “I’d come too close to graduating to get a GED. I wanted my diploma,” Joshua insisted. Luckily Joshua spotted an Austin Can! Academy billboard. He decided to check out the school and started attending last April. “I feel comfortable here. I can focus on my education.” Josh attributes his success at the academy to the small class sizes and the support from teachers. “I feel inspired to learn. Teachers work with you and you get that extra attention that you do not get at a big high school,” he added. Life in Austin has improved for Joshua. He and his girlfriend share an apartment and they have a new son. Motivated by fatherhood, Joshua has high hopes for his future. He’ll be graduating in January and looks forward to enrolling in Austin Community College’s nursing program to become a registered nurse. “I always took care of my dad when he was sick. I like to help people,” he said. When asked about Joshua, principal Charles Long noted, “Joshua is what Austin Can! is all about. He’s a kid who has had to overcome many obstacles, and we helped him succeed. He is a great example for others.”
Contact Us