Rudy Oeftering - Chairman of the Board

Dr. Robert Nelson - Secretary of the Board

Texans Can Cars for Kids™ began in Dallas in 1992. We are located at 7100 Marvin D. Love Fwy, Dallas, TX 75237. Cars for Kids™ was established as the funding arm for Texans Can! Academies. We are an IRS approved Tax Exempt, 501(c)(3) charity (Tax ID #46-2077931). We are the only charity owned and operated car donation program that 100 percent of the NET proceeds go directly to support the Charity. We only support Texans Can! Academies.

Malcolm Wentworth is a Chief Executive officer at America Can Cars for Kids, a non-profit charity organization headquartered Dallas, Texas but operates Nationally in all 50 states. He has been in his current position since 2021.

His background includes serving on active duty in the United States Marine Corps from 1982 to 2002. He enlisted out of High School and achieved the rank of Staff Sergeant (E6) before receiving his commission as a Warrant Officer in 1991. His experience in Administration, Finance, Human Resources, Logistics and Legal helped prepare him for life after his service. He deployed overseas in the Persian Gulf, Somalia and several deployments to Okinawa, Japan.

He was the Director of Business Services for the YWCA from 2002 to 2005. He was responsible for 7 YWCA locations throughout Dallas County. He also began working in Real Estate assisting in selling 6 properties in 2003.

He was the COO, at Texans Can Academies from 2005 to 2020, where he was responsible for 14 campuses across the state of Texas. His areas of responsibility also included real estate, the buying and selling of all property; Security to include supervision of security personnel, security alarms, surveillance, and access control; Insurance; General Contractor for 8 new campuses and 4 major renovations during his 15 years. He was also the designer of all construction projects during his 16 years at Texans Can Academies.

He was the Real Estate and Insurance Officer from 2020 to 2021, where he ensured the 14 campuses had the appropriate insurance coverage; reported and worked all vehicle and property claims and worked with real estate personnel on the purchase and sale of several properties.

He was also the COO for America Can Cars for Kids which was part of Texans Can Academies from 2011 to 2015. His leadership helped guide this organization to a self-sustaining, financially independent and highly respected charity after separating from Texans Can in 2015 to become its own Nonprofit organization as a 501(C)3 corporation.

Malcolm has a bachelor’s degree in Business Administration from Saint Leo’s College. He currently resides in Wylie, Texas. 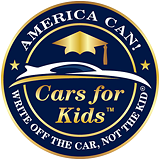 Colin Weatherwax is the Chief Operating Officer at America Can Cars for Kids, a non-profit charity organization headquartered Dallas, Texas but operates Nationally in all 50 states. He has been in his current position since 2021 and a member of the team since 2011.

As Chief Operating Officer, he is responsible for the day-to-day operations of Cars for Kids and ensuring that all the systems, resources, and people are in place to achieve the mission of the company.

He has been instrumental in the success Cars for Kids has had during the past 10 plus years working in almost every department and position in the company. His leadership and commitment to the organization have accelerated his rise to his current position faster than anyone could have imagined. He is respected by everyone in the organization because he leads by example and is a consummate professional. He is positioned now to continue to help take Cars for Kids to new heights because he is committed to ensuring the morale and welfare of the staff is a priority. His initiative and resourcefulness make him a true leader.

Colin prides himself on always wanting to improve processes and implement new technology to better the company. He believes that no matter how much the company has accomplished, there is always room for improvement.

He is an avid sports enthusiast, golfer, and loves spending time with his family.

Amanda Hollins is the Vice President of Operations at America Can! Cars for Kids, a non-profit charity organization, headquartered in Dallas, Texas which operates Nationally in all 50 states. Amanda has been in her current position since 2021 and working closely with the organization since 2013.

As Vice President of Operations, she is responsible for the day-to-day operations of the organization ensuring that all functions and processes occur in a timely and efficient manner and all while achieving the mission and vision of the company.

Amanda has her Associates's degree from the University of Phoenix and a Bachelor of Science in Criminal Justice from Lamar University. Amanda will be securing a Master's Certificate in Marketing and a Master's Degree in Management.

Amanda has a true passion for honesty and fairness. She enjoys working with others to accomplish the mission and vision of the company while also getting to know her employees.

Amanda enjoys spending time with her family and being outdoors. She practices hot yoga and reads all kinds of books in her spare time.

Jordan Kitchens is the Vice President of Finance at America Can Cars for Kids, a non-profit charity organization, headquartered in Dallas, Texas which operates nationally in all 50 states. She has been in her current position since September of 2021 and a member of the team since 2011.

As Vice President of Finance, she is responsible for the day-to-day operations of the Cars for Kids Human Resources and Accounting Departments. She ensures that all financial processes are completed correctly and efficiently while carrying out the mission and vision of the company.

Jordan started as a donation specialist part-time when she was 16 and became a full-time employee when she graduated high school in 2013. Jordan has held a management position since 2015, supervising the donations department, auction department, and all operations. In 2019 Jordan transferred to the Finance Department where she moved into her current position. Because Jordan has headed most of the departments of America Can! Cars for Kids makes her an integral and vital part of this organization.

Jordan is currently enrolled in Dallas County Community College, where she is seeking her Associate in Applied Science. Jordan plans to enroll in the University of Texas Dallas to complete her Bachelor's in Accounting. From there she will continue her education into securing a Master's Degree and then her CPA license.